Something Rotten! - Alabama Center for the Arts

The Alabama Center for the Arts, in the first-ever musical collaboration between the Calhoun Theatre and the Athenian Players, present: Something Rotten!

Synopsis:
Welcome to the Renaissance and the outrageous, crowd-pleasing musical farce, Something Rotten. Created by Grammy Award-winning songwriter Wayne Kirkpatrick, and successful screenwriters Karey Kirkpatrick and John O’Farrell, Something Rotten was lauded by audience members and critics alike, receiving several Best Musical nominations and hailed by Time Out New York as “the funniest musical comedy in at least 400 years”.

Set in the 1590s, brothers Nick and Nigel Bottom are desperate to write a hit play but are stuck in the shadow of that Renaissance rock star known as “The Bard.” When a local soothsayer foretells that the future of theatre involves singing, dancing and acting at the same time, Nick and Nigel set out to write the world’s very first musical. But amidst the scandalous excitement of opening night, the Bottom Brothers realize that reaching the top means being true to thine own self, and all that jazz.

Something Rotten features large song and dance numbers, and a wacky cast of over-the-top characters, each given his or her own special moment in the show to shine. Throughout its Broadway run, the musical received a show-stopping standing ovation from audiences… in the beginning of the first act! It’s become clear that “nothing’s as amazing as a musical,” so don’t miss your chance to bring this history-twisting tale to your stage.

(Audience open to all, but we do suggest that there are no children under the age of 6)

Due to high demand, an ADDITIONAL PERFORMANCE HAS BEEN ADDED on Sunday, July 25th at 2:00pm. 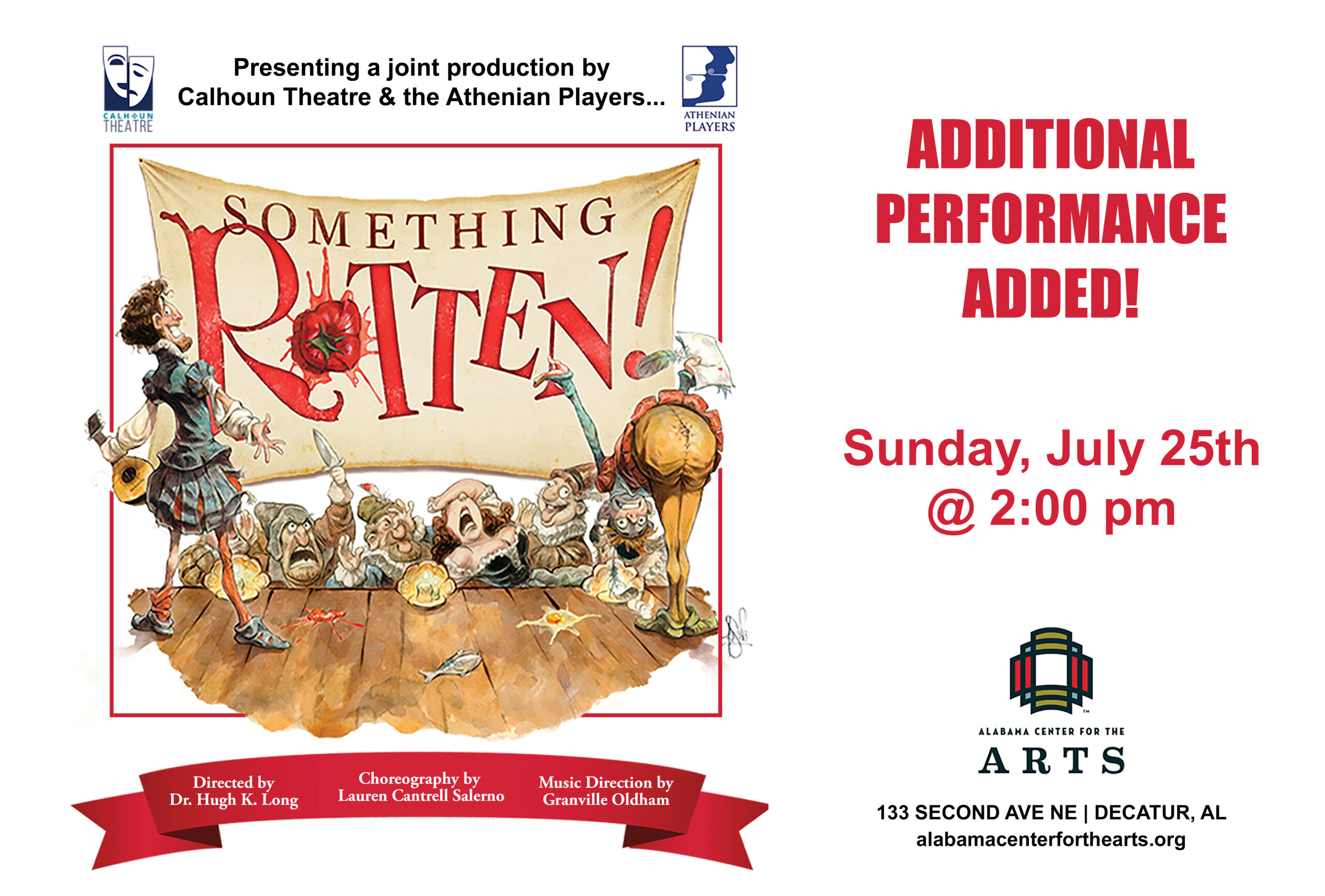