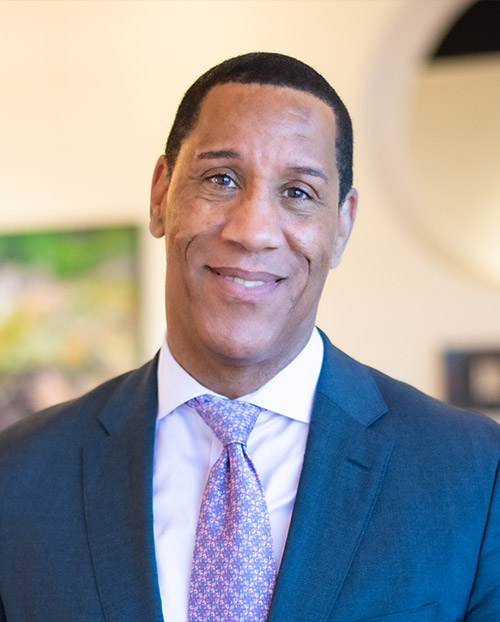 Background: Granville Oldham has appeared in approximately two-thirds of the United States as well as in Jamaica, Mexico, Canada, Africa, Australia and Singapore as a festival/All-State conductor, workshop presenter, clinician, adjudicator or performer.

Mr. Oldham has worked extensively with children. He was the assistant conductor of the Alabama Choir School (ASC) Boychoir (Tuscaloosa) for five years and started the ACS Girls Choir. He worked with the renowned Los Angeles Children’s Chorus in Pasadena, CA, in 2000. In 2004, Mr. Oldham started an afterschool choir for children grades 3-6 for the Los Angeles B.E.S.T. Arts Program. During his three years in Bermuda, he started a girls choir (Una Voce) and a boychoir (La Voce di Raggazzi).

Teaches/Conducts: Granville Oldham conducts The Calhoun Chorale of Calhoun Community College (CCC). During his tenure at CCC, the Chorale has performed The Abduction of Seragio, Carmina Burana and in 20019 Beethoven’s Ninth Symphony with the Huntsville Symphony Orchestra. Oldham also maintains a thriving voice studio.

Specialties: Granville Oldham is also a performer. He performed the baritone solo in Carmina Burana at the Sydney Opera House in 2009 and has completed three “Black Friday” Christmas concerts in Huntsville, Alabama, at The Cooper House. He performed with Red Mountain in 2011 in their production of Five Guys Named More and works with Independent Musical Productions (IMP) Theater Company in Huntsville as a performer and director. Oldham was the vocal coach for IMP’s production of Les Miserables, played the role of Tom Collins in RENT, Wolf in Into the Woods, and Coalhouse in Ragtime, and was the assistant director for The Addams Family and Jesus Christ Superstar. He was the tenor soloist for Weatherly Baptist Church’s 2019 Sing-Along Messiah.